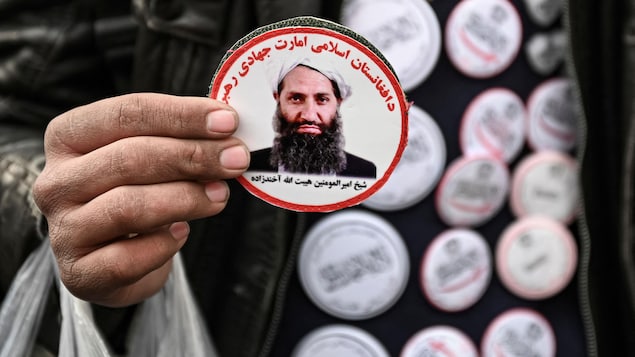 The Taliban took Kabul in August, following a 20-year insurgency against the US-backed Afghan government and a foreign coalition under the banner of the North Atlantic Treaty Organization (NATO).

The new authorities have promised a less rigorous regime than the one the Taliban ruled between 1996 and 2001, and the Islamist movement has set up a commission to identify those of its members breaking its rules.

These members gave the Islamic Emirate a bad name, the name of the Taliban regime in Afghanistan, told the France Media Agency AFP Latifullah Hakimi, head of this commission within the Ministry of Defence. They were excluded during this screening process, so that we could build a clean army and police in the future.

Involved in corruption and drugs

So far, about 2,840 members have been forced out of the ranks in 14 of the country’s 34 provinces, and the process will continue in other provinces, Hakimi added.

They were involved in corruption, in drugs, and intruding on people’s private lives. Some had links to Daesh, the Arabic acronym for the Islamic State (IS) armed group, he said.

The Afghan branch of the Islamic State armed group IS, a rival of the Taliban, now represents the main threat to the country’s security.

The Taliban have made restoring security their priority after decades of war, and the Afghan branch of the Islamic State armed group IS regularly carries out attacks, in Kabul and other cities, targeting leaders of the movement, members of the security forces or civilians.

Since regaining power, the Taliban have largely restricted the freedoms of Afghans, particularly women.

Female civil servants have largely been prevented from returning to work, and many secondary schools no longer enroll girls.

Women are also prohibited from traveling long distances without being accompanied by a male relative.

One thought on “The Taliban Expelled 3,000 Of Their Members For Illegal Practices”