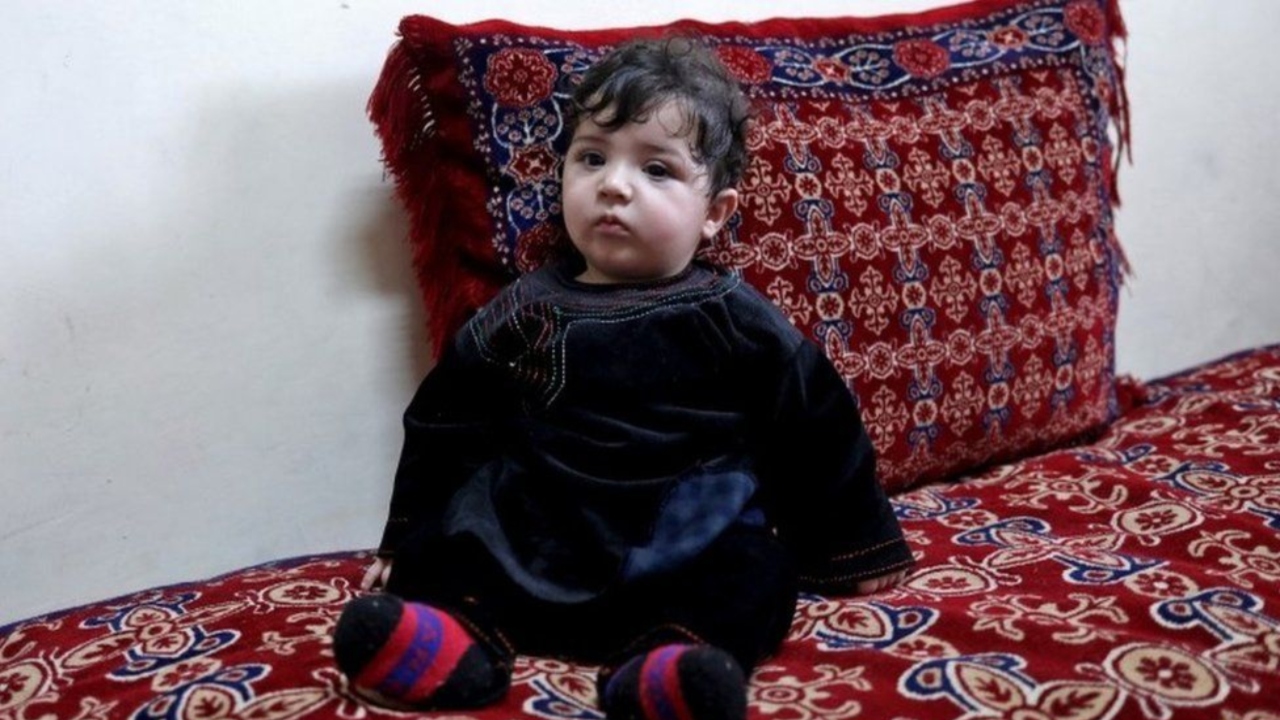 A two-month-old baby boy, Sohail Ahmadi who separated from his family during the United States (US) evacuation from Kabul, Afghanistan in August last year has been reunited with his parental grandfather, Mohammad Qasem Razawi.

The video of the boy went viral when the two-month infant was handed to the US soldier over the fence on August 19, 2021. Due to chaos, the infant was separated from them. However, his father, Mirza Ali Ahmadi desperately searched for his baby boy everywhere in the airport.

Due to the uproar situation, officials told him that his son might be taken out separately from the country and could be reunited later in the US.

Other family members including his wife and four other children went inside the plane and successfully landed at the military base in the US state of Texas but they were not able to find their son, Ahmadi for several months.

Protest in Afghanistan’s Panjshir Over Murder of Young Man

Hundreds of residents Afghanistan’s Panjshir province took to the streets to protest against the murder of a young man, who the demonstrators claim was shot dead by Taliban affiliates, the …

Karzai Wants World to Work With Taliban, Focus on Aid

Former President Hamid Karzai has called on the international community to work with the Taliban and focus on delivering aid to Afghanistan. “The reality on the ground is that the …

When the international media outlet, Reuters covered the story of the missing infant of Ahmadi in November, the 29-years-old taxi driver, Hamid Safi was traced through online posts where his whereabouts got confirmed.

The grandfather of the baby boy who resides in the north-eastern province of Badakhshan, made a long journey to Kabul to reunite with his grandson.

The taxi driver, Safi said that the infant baby was found crying on the ground of the airport by him when he dropped off his brother’s family for evacuation to the airport.

Safi took the baby boy to his home and decided to raise him alone along with three daughters. His mother’s greatest wish was to have a grandson before she died.

While giving an interview to Reuters in late November, ” I am keeping this baby. If his family is found, I will give him to them. If not, I will raise him myself.”

Initially, Safi refused to hand over the baby and demanded to evacuate him and his family to the US as well.

The baby boy was returned to his grandfather after long negotiations. The Taliban police also briefly detained Safi and arranged settlements between the families by the Taliban police to compensate around 100,000 Afghani ($950) to the taxi driver for raising their infant for about five months.

His parents expressed their happiness while witnessing the reunion of their son through online video chat.

“There are celebrations, dance, singing,” Mr Razawi said. “It is just like a wedding indeed.”

His family hoped that the arrangements would soon be made to bring their baby to the US state of Michigan, where they have now settled.